Menu
Install the app
You are using an out of date browser. It may not display this or other websites correctly.
You should upgrade or use an alternative browser. 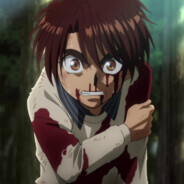 Which category are you applying for?
Retake

How long have you been playing CS:GO?
3k hours.

Have you been banned or punished on our servers?
No.

Do you have any admin experience?
Yes, been admin on publiclir before

Qualities that make you a good administrator
Working for Begrip.com, i know how to do things.

Why should we pick you? What makes you unique?
Because i'm very active on the retake servers :=
Click to expand...
Reactions: mike123

Denied. Thank you for the suggestion!
Click to expand...
Reactions: mike123

Thanks for the reply!
Click to expand...
Reactions: DexterN

Thanks for appying here, I'm happy you decided to try.
I've been playing with you quite a bit, and I can confirm the "calmness" and "friendlyness" you have when you play, atleast with me. That's even the reason why we became friends a while ago, I thought you were extremely friendly and that's pretty rare nowadays, usually people are just either quiet or just make callouts. Since I know you and I've played with you a couple of hours, I won't +/- rep you, but I'll leave you my feedback.

It's great you have seemed to start to enjoy the forums, and I'm certain you will get more active on discord aswell. It might be difficult to be active on the discord since often it's not very active by itself.
I feel like thus far, even since yesterday, you have started to respond to threads on the forum, and you seem interested and you come with you own opinion on stuff, I hope that stays, and that you keep messaging on these threads.

I do believe that we need more admins here, and we do need more admins present, I feel like it would be great if you could join the team.
Thanks for you time!
//DexterN
Click to expand...
Reactions: mike123

Well said. I've seen communities start doing those "Troll"-servers and none of them are going in a good direction when it comes to player activity etc. Players love the "Raw" experience and MM-rules
Click to expand...
Reactions: DexterN

That would be something Do retake servers usually have scouts?
Click to expand... 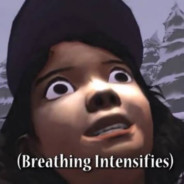 How long have you been playing CS:GO?
Hey there! Been playing CSGO since 2016! I believe i have over 4000-hours. Been VAC banned once in 2017! Haven't cheated since and will not cheat. Current account has 500+ hours and i've spent most of those playing on Klonken retakes. I don't play anything else when playing CSGO.

Have you been banned or punished on our servers?
No! Once but it was an accident by DexterN and i was unbanned immediately.

Information about you
I'm a kind, friendly and outgoing person. <-- cliches that you find on any application to any job or role in the internet but i can actually prove it! I'm calm, i'm good at problem solving. I'm turning 19-years old in June (Can confirm with ID if necessary)

Do you have any admin experience?
Not at all. No experience in sourcemods / sourcebans whatsoever but i catch up on new information very quickly.

Qualities that make you a good administrator
I'm calm, i'm a natural in solving problems and when people talk about having a hard time with certain people, i don't agree. I never really have a hard time with anyone. I've gotten along with everyone i've spoken to in many many years. I'm pretty positive, i always cheer up people in voicechat no matter how they perform. Just an overall positive and easy going guy. I can spot a cheater with my eyes closed with the experience in CSGO that i have. That's a MUST for an administrator amongst the others.
-I absolutely love making friends online and all the late night voice chats with other amazing players, this community is something that i absolutely look up to and definitely want to be a part of!!

Why should we pick you? What makes you unique?
Hard to think of anything that makes me unique but i sincerely believe that i would be a great addition to your already very amazing team. I play +10 hours every week no matter what. I would be very committed to whatever belongs to the duties of an administrator.

Something else you would like to add?
My discord is mike#2251 , If you have more questions or possibly want to make something sure in a call, feel free to hit me up. You can also find me on Klonken dc-server. I haven't been active on the forums and i just joined the discord today. I will 100% get active on the forums too starting now on 11.5.2022 when i found out how active the forums actually are. --- waiting to hear from you even if it's a denial this time -Mike
Click to expand... 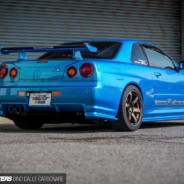 Have you been banned or punished on our servers?
nej

Something else you would like to add?
har direkt inget jag skanar skulle vara team
Click to expand...
Reactions: mike123

Description
Make a retakes server for more "fun" guns. No normal guns are not allowed (ak, m4, usp, glock exc). Only fun loadouts for everyone. Maybe a five7 (pistol round), r8 for (smg round) and galil and famas (full buy round) and the ssg 08 (insted of the awp). This would force us to maybe practise with weapons we normaly dont use and it would be a fun server to troll around and have fun with your friends.
Click to expand... 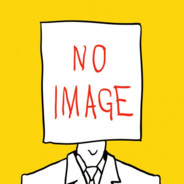 Have you been banned or punished on our servers?
Nej det har jag inte.

*Please re-apply default SteamInput bindings via the configurator to get this functionality.

Iris
– Improved clipping on car near Tunnel, fixed curbs near Diner and added grenade clips on the fence behind Diner (Thanks Maxim)
– Fixed spots where molotovs could damage players through walls (Thanks yeetadogXD)
– Fixed bomb stuck spots, floating props and some props fading too soon (Thanks Joaokaka1998)
– Minor visual changes around the map
– Added inconspicuous detail

CSGO Banned for no reason

Please keep patience, someone will read and respond to your ticket eventually, there's nothing that will go faster if you make a new thread about it. Our management will answer the ticket when they have time.

Thanks for your time
//DexterN
Click to expand...
Reactions: mike123

CSGO Banned for no reason

I got permanently banned for Ban evasion, and i quit don't understand why i got permanent banned. I've wroten a ticket but nobody answered and i've wanted to play klonken on csgo for about 2-3 weeks now. I wan't somebody to answer me so i understand the situation and information about how i can get unbanned.
Click to expand...